How did bastard files get their name?

How did bastard files get their name?

The name ‘bastard’ seems a little out of place to describe one of the most commonly used tools used, so how did the bastard file get its name?

Bastard Files: Betwixt and Between 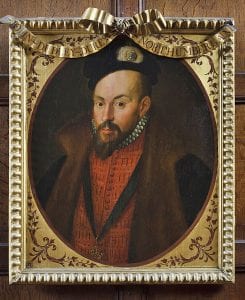 In the early 14th century, the Duke of Northumberland would abuse tenants of his farms, who were late paying, by torturing their wives.

During this time, he invented a number of tools to help him enforce his punishment for late payment, with one of those tools being commonly known as the bastard file.

The Duke’s reputation spread far and wide, it even reached London and the king’s ear. Henry V had just returned from his jaunt in France and fresh from his celebrated battle of Agincourt and wanted to re-exert his influence over the dukes and earls in court.

He called for the Duke of Northumberland, ridiculed him in front of his peers and used the now commonly known bastard file to remove the tip of the Duke’s nose.

A knight from medieval England, where the name bastard file originates. Another theory is that files earned this nickname in medieval England (the term ‘American pattern’ was only given to files many years later).

In heraldry, coats of arms belonging to people born outside of wedlock (also known as bastards) bore a device known as the ‘barre sinister’, a diagonal stripe that ran from the top right of the crest to the bottom left. This is the same direction that the teeth of a single cut file run in.

A knight being ridiculed by spectators at a joust due to his illegitimate birth – little do they know that a file will be named after him! Therefore, it seems most likely that this was a humorous nickname that has stuck, and remains in use today as a technical term!

What is an American pattern file?