What are sockets made of?

What are sockets made of? 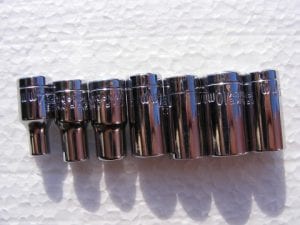 Most sockets are made from different varieties of steel, which has been alloyed with a small percentage of other material elements in order to give them the required properties of strength, hardness and ductility for use in sockets.

Some of the more common steel types used in the production of sockets are chrome vanadium, chrome molybdenum, S2, 8650 and stainless steel.

What are the properties of sockets? 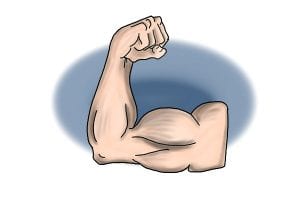 The strength of a material is a measure of its ability to withstand force or load without breaking. It is important that sockets be made of strong material so they do not break when you apply torque (turning force) to them and a fastener. 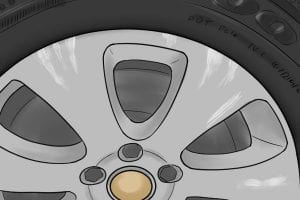 Hardness is a measure of how well a material resists scratching and changing its shape when a force is applied to it. If sockets were made of a material that was not hard enough, their shape would alter as torque was applied, meaning they may no longer correctly fit the fastener head. 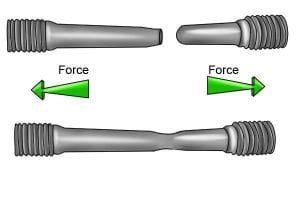 Ductility is the ability of a material to change its shape or stretch under tension, without breaking. This is important for sockets as if they do break, you want them to do it by stretching gradually and not shattering.

Impact sockets are made of more ductile steel than standard sockets to prevent them from shattering under the greater forces impact wrenches are able to apply to them.

What is an alloy? 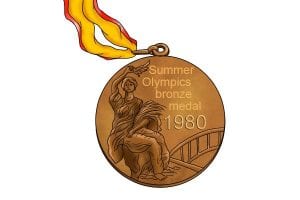 An alloy is a metal that has been made by combining two or more metals to produce a final product which has better properties than the pure elements from which it is made. Bronze is an example of an alloy (copper and zinc).

Alloy steel is made using more than 50% steel in combination with other elements, although the steel content of alloy steel is normally between 90-99%. 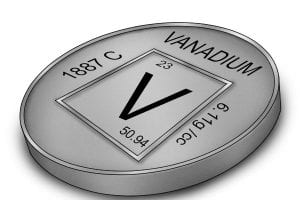 Chrome vanadium is a type of spring steel that was pioneered by Henry Ford for use in the Model T in 1908. It contains approximately 0.8% chromium and 0.1-0.2% vanadium, which improves the strength and toughness of the material when it is heat-treated.

One of the things that makes chrome vanadium particularly suited to use as a socket material is its excellent resistance to wear and fatigue. If a socket was to wear, it would not maintain its original size and shape, so would no longer correctly fit or be able to turn the fastener it was designed for. Chrome vanadium is now most often seen in tools sold in the European market. 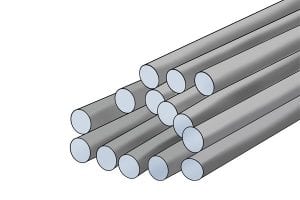 8650 steel is very similar to chrome vanadium in its properties, although it contains a lower percentage of chromium. It is the most common type of steel used in sockets in the U.S. and Far East markets. 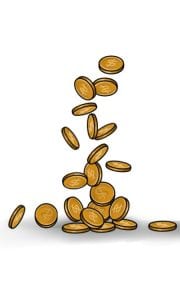 Chrome-molybdenum, also known as chrome alloy or chromoly, is a steel alloy that contains chromium and molybdenum among its alloying elements.

It is more costly to produce than chrome vanadium and, as a result, is usually only found in higher grade and more expensive tools.

There are more than 20 different grades of chrome molybdenum with varying properties to suit different applications.

Chrome molybdenum is more ductile than other forms of steel used for socket production. Because of this, it’s often used to make impact sockets, as the increased ductility makes it less likely to shatter from the high torque and vibration of an impact wrench. It is used mainly in Europe and Japan. 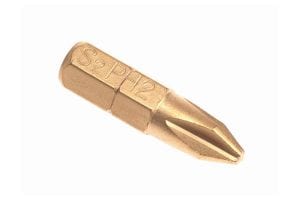 S2 steel is harder than chrome vanadium or 8650 steel, but it is also less ductile and, as such, more prone to shattering. It is more expensive to produce than 8650 steel or chrome vanadium and this, along with its lower ductility, means it is only used by a few manufacturers. 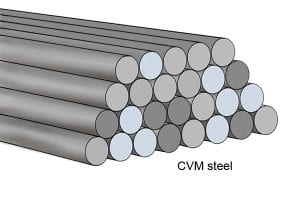 CVM is meant to give similar properties to chrome vanadium but with reduced brittleness due to the addition of molybdenum. It is used mainly in the production of screwdriver bits that are intended for use with impact tools, as the molybdenum content makes it far less likely to shatter than S2 steel. 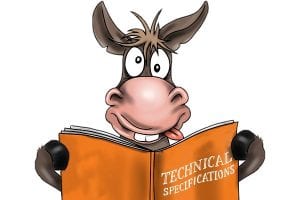 Many manufacturers will develop their own specific grades of steel for use in tools. There are several reasons why a manufacturer may wish to do this. They also use different coatings, read more at What are sockets coated with?

Developing a grade of steel for a specific type of tool can allow the manufacturer to tailor the properties of the steel for purpose of the tool it’s to be used in. Areas that a manufacturer may want to improve are: wear resistance for increased tool life or ductility to prevent shattering.

This can help improve the tool in certain key areas, giving it an advantage over the tools of competitors. As a result, manufacturer-specific steels are often used as a marketing tool to try and convey the impression that a tool is made of a superior material. 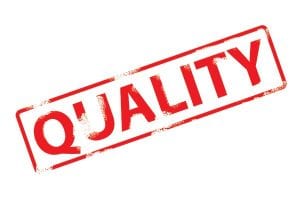 It may also be possible for a manufacturer to develop a steel that maintains the characteristics and properties of other steels but costs less to produce. Because of these reasons, the exact makeup of manufacturer-specific steels is a closely guarded secret. 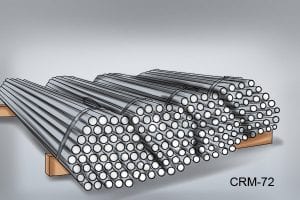 CRM-72 is a special high-performance grade of tool steel. It is mainly used to produce screwdriver bits and screwdrivers. 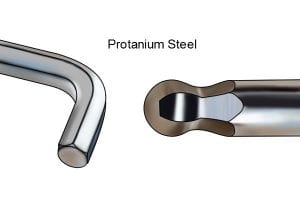 Protanium is a type of steel developed specifically for use in hex tools and sockets. It is claimed to be the hardest and most ductile steel used for such tools. Protanium has a high wear resistance when compared to other steels.

What is the best material for a socket? 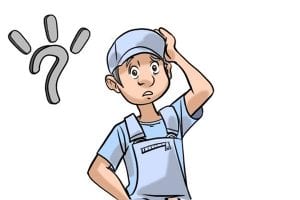 Whilst chrome molybdenum is clearly the best choice for sockets that will be used with impact and power tools – due to its increased ductility and decreased risk of shattering – the answer is less clear for other socket types.

Chrome vanadium or 8650 is perfectly suitable for manual-use hex sockets and will cost less than chrome molybdenum.

Judging which material is best for socket bits and screwdriver bits is the hardest, as there is no clear answer. Instead, it is best to follow Wonkee Donkee’s advice below.

Wonkee Donkee Tip: “The manufacturers of quality sockets and screwdriver bits, have enough faith in their products to offer lifetime warranties or guarantees with them. So these are the ones to buy if you want a product that will last.”

What are the different types of socket?

What are sockets coated with?