A brief history of the Socket

A Brief History of the Socket 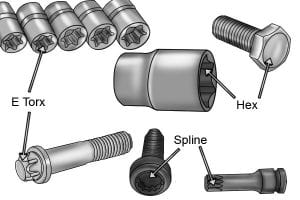 Before sockets, spanners were the main tools used for turning fasteners such as nuts and bolts. As sockets could be changed, it meant a set of sockets with a turning tool took up less space than a set of spanners, which lead to the increase in popularity of sockets. An exact date of when the socket was first invented is not known.

What are the parts of a socket? 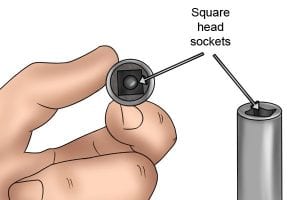 Sockets have been used for centuries. Early sockets were typically female drivers (see With reference to sockets, screwdriver bits and fasteners, the female is the part that the male fits into. For example, when tightening a nut or bolt with a hex socket, the bolt head or nut is the male part which locates into the female socket head, allowing the nut/bolt to be turned, tightening or loosening it).

For example, a torx screwdriver bit of a socket bit is the male part that is inserted into the female head of a fastener, in order to turn/drive it into the workpiece.) square fastener heads only, as these were easier to manufacture than the hex ones, due to the filing manufacturing methods at the time.

What were sockets used for? 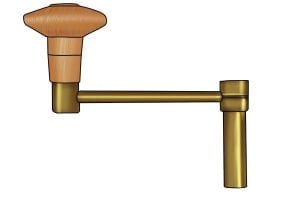 Sockets were either designed into, or to fit onto non-ratcheting wrenches, such as turning wrenches. Common early forms of sockets were the middle age keys used to wind clocks.

How were sockets developed? 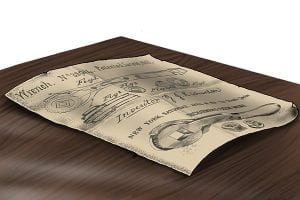 The first ratcheting wrench for use with interchangeable sockets was invented by J.J. Richardson in 1863. The first illustration of this ratchet appeared in a 1864 issue of Scientific American and shows two different sizes of interchangeable square socket. 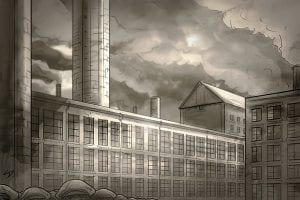 With the rise of milling, shaping, broaching, forging and other modern manufacturing techniques, following the Industrial Revolution at the end of the 19th century, other shapes such as hex heads became just as easy to make as square ones. 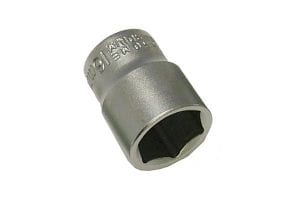 Hex head sockets became more popular than square ones because they enabled fasteners to be tightened or loosened with smaller movements of a wrench. In more confined spaces, where objects may restrict the swinging movement of a wrench, this was a big advantage. 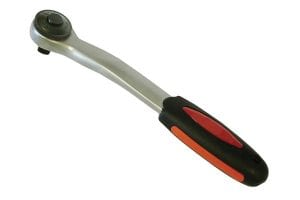 Ratchets also reduce this problem. The use of sockets and ratchets together has now become so common that many people no longer consider a non-ratcheting socket wrench as a socket wrench and, instead, refer to it as a nut driver. 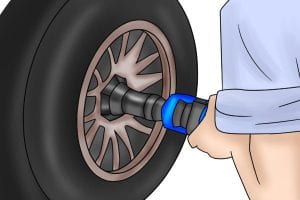 During the 20th century, powered wrenches for use with sockets became available. These are usually either electric or powered by compressed air, although hydraulic ratchets are also used in heavy industry when very high torque is required .Some powered wrenches are capable of acting as impact wrenches as well, for use with impact sockets.

See: Which turning tools can be used with sockets? for more information. 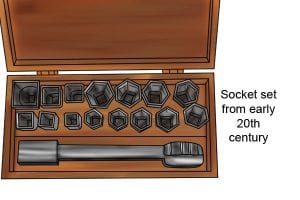 Along with sockets designed specifically for use with powered turning tools, other recent socket developments include a wide variety of socket head designs in order to match the ever increasing fastener head designs.

Examples of these recent socket designs are E Torx sockets and spline sockets.

For more information, see: What are the different types of socket?

What is a Socket?

What are sockets used for?