How are sockets measured?

How are sockets measured? 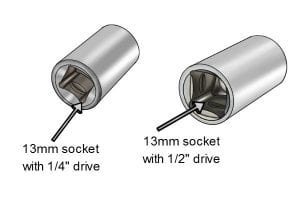 Socket head sizes are measured with one of two systems: metric (millimetres) or imperial (inches).

The drive socket size is always given in imperial measurements, regardless of whether it is an imperial or metric socket. This is because it is an international standard.

Sockets usually come in sets which include a range of different sizes, read more about what socket sizes are available? 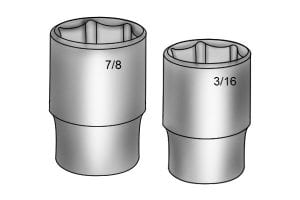 Since 1965, the term imperial has generally referred to the system of weights and measures used in the U.S., as at that time Britain began its adoption of the metric system.

The imperial measurements that are applied to sockets nowadays are inches and fractions of an inch. Imperial socket head sizes commonly range from 5/32″ – 1 1/2″.

Whilst imperial measurements are primarily used in the USA, many products made there are sold throughout the world so imperial fasteners may be encountered in the UK or the rest of the world. 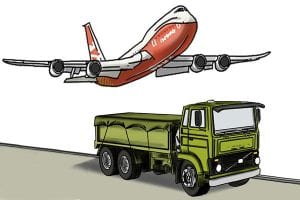 SAE international is what was previously known as the Society of Automotive Engineers before 2006. It is a U.S. professional association and standards organisation. SAE focuses on transport industries such as automotive and aerospace. 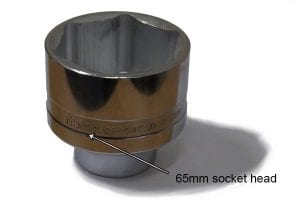 The metric measurements that are applied to sockets are millimetres. Metric socket head sizes commonly range from 3mm – 80mm.

The metric system is the most widely used system of measurement throughout the world today. The United Kingdom began a phased transition to the metric system in 1965, although some areas such as road signs are still given in miles instead of kilometres.

The US is the only major country not to have adopted the SI metric system as its official system of measurement, although it has been sanctioned for use there since 1866.

Whilst the metric measurement system is not the one primarily used in the USA, many products sold there are made throughout the rest of the world so metric fasteners may be encountered in the USA as well. 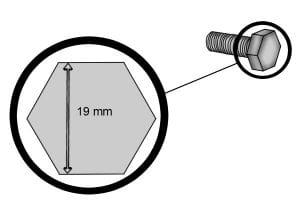 AF can be a very confusing term as it has a different meaning depending on whether it is applied to metric or imperial sockets.

AF can stand for American Fractional; another term used for imperial. However, when applied to metric sockets, AF means ‘Across Flats’. This means a 19mm AF socket will fit a nut or bolt head that measures 19mm across its flats.

To add to the confusion, some socket manufacturers use the term AF to describe their superior quality anti-slip sockets, which apply force to the flats of a bolt head instead of its corners.

What are the parts of a socket?

To know more about how to measure a socket, you must first know what are the parts of a socket. This is because sockets are designed and measured in several different ways depending on the task that they need to complete.

How are sockets manufactured?

What socket sizes are available?