What are the different types of woodworking hand planes?

What are the different types of woodworking planes?

What are the different types of woodworking planes? 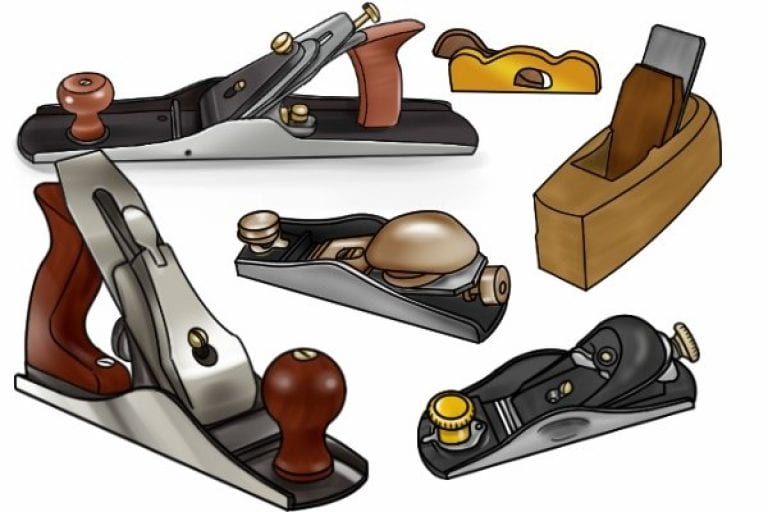 There are broadly five different categories of woodworking hand plane, with metal and wooden equivalents of each type. These are: 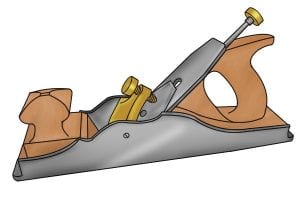 Scrub planes are used for the fast removal of stock (reducing the size of boards, or pieces of wood). They are relatively short and narrow and usually have thick blades to avoid flexing under pressure.

Some woodworkers consider the scrub plane to be a kind of bench plane (see below). However, its design differs from bench planes in several ways and the deep, gouging cuts that it makes give it a reputation as an ‘aggressive’ tool, as opposed to the more graceful, rhythmic approach associated with bench planes. 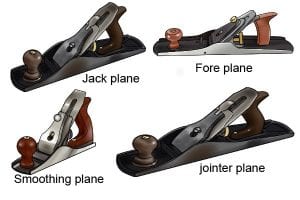 There are four types of bench plane:

Respectively, they are for the reduction (cutting to size), initial straightening, final straightening and smoothing of wood. They are called bench planes because they are most often used at a woodworking bench as opposed to on site.

As with most planes, there are wooden equivalents which are generally simpler in their design and construction.

In practice, there’s some overlap between these planes. For instance, a jack plane might sometimes be employed as a smoothing plane, and vice versa. 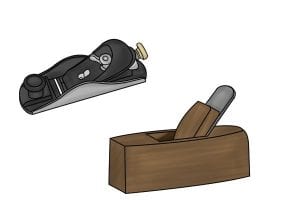 Block planes are smaller than most other planes as they are designed to be held in one hand.

They can be employed in a variety of situations where it’s not convenient to place the workpiece in a vice or on a workbench. Instead, the workpiece can be held with the non-dominant hand while it is planed. Two of the main uses of the block plane are planing end grain and chamfering wood.

Chamfering is the planing of the corner of a length of wood to produce a bevel, usually at an angle of 45 degrees. It can be done for decorative effect or for safety – sharp corners injure people a lot more easily than blunt ones! – or both. 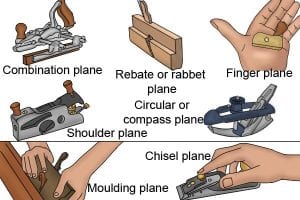 There are several distinct types of specialised plane, for cutting and smoothing rebates, grooves, curves and special decorative shapes, or mouldings.

Again, there are metal and wooden versions of each type.

The shapes made or trimmed with some specialised planes are for joint-making – joining two pieces of wood together by inserting part of one piece of wood into a recess that’s been cut into another.

For example, a shoulder plane can be used to trim part of a joint to the perfect size.

Other specialised planes are for cutting and smoothing curves – for instance, when making musical instruments. Tiny finger planes are used to shape the body of a violin. 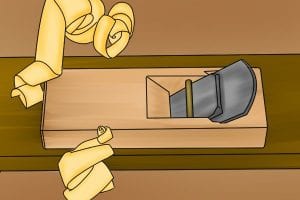 There is a full range of Japanese wooden hand planes which can perform all the tasks of their equivalents from the western world.

Japanese planes differ from most western planes in one major respect: they cut on the pull stroke rather than the push stroke.

They are normally made entirely of wood apart from their blades, or irons.

Their irons are mounted closer to the heel of the plane that is the case with most other planes, so that the woodworker can grasp the front part of the body in the dominant hand, with the other hand around the iron and heel

Apart from this, and a slightly flatter body profile, Japanese planes could be mistaken for traditional wooden planes from anywhere, including the UK. 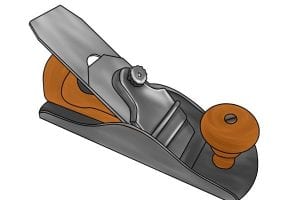 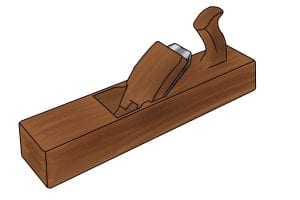 Another way of categorising planes is by the materials they are made from wood, metal or a combination of the two.

Metal planes are constructed entirely of metal, except for the handles, which are usually made of hardwood. See What are metal hand planes made of?

Wooden planes are usually made entirely of wood except for their irons, but in some cases, they have metal clamps to hold the blade and metal mechanisms for adjusting the blade. See What are wooden hand planes made of? 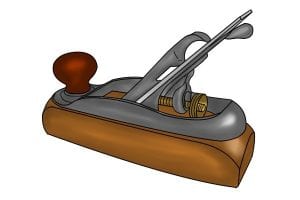 Transitional planes are the half-way house between wooden planes and advanced metal planes. A transitional plane has a wooden body with a metal casting set into it, and usually metal parts to hold and adjust the blade.

Infill planes have metal bodies filled with very dense hardwood on which the metal blade rests and from which the handles are formed.

They were typical of English or Scottish manufacture and are prized for their ability to smooth difficult-grained woods when set very finely.

Today, metal planes are the ones most commonly sold and used. However, wooden planes are still manufactured and are quite widely available.

Transitional planes and infill planes are now mostly collector’s items, although some enthusiasts are still using them. A few specialist manufacturers still make them, and some dedicated woodworkers actually make their own.

How does a plane work?

Which type of plane should you choose?